For all business and press related inquiries please email Scott at: info@technolustinc.com 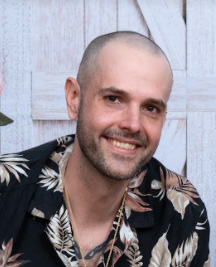 Scott Camball is an avid enthusiast of all things related to technology and the internet. He has a keen interest in virtual reality and augmented reality, specifically in the online space. Scott’s passion began in the early 1990s when he played his first VR game, and not long after built his first website. His interests quickly evolved into what would become his professional career, spanning across website development, online entertainment streaming and distribution, business VOIP and virtual reality. Scott is currently one of the co-founders of Vrsmash (2014), a virtual reality tube site providing VR adult entertainment. Scott is excited for what the future in virtual reality holds and is having fun experimenting with new augmented reality technology.

Scott Camball’s lifelong fascination with virtual reality began in the early 1990s, at just 10 years old, after a visit to the Cybermind arcade in Toronto, Canada. There, he played one of the first multiplayer VR games, “Dactyl Nightmare”, and was instantly hooked. Even though the headset was heavy and the headtracking was poor, it was an incredible experience that became the catalyst for Scott’s future ambitions in the VR space.

Also during this time, and in the early days of the internet, Scott discovered a passion for all things web-related. At only 13 years old, he taught himself HTML and made his first website. From 2003-2011, Scott created and operated MixConnect, one of the first online, hip hop music streaming services. This was Scott’s first experience within the entertainment industry as well as the potential of online distribution platforms, and he was inspired.

In 2012, Scott combined his knowledge of VR and virtual spaces when he began working in the Business VOIP industry. He promoted large-scale teleconferencing units that create a more immersive, “telepresense” experience than traditional video calls. He also experimented with virtual, online metaverse environments for business meetings and conferences (sort of like the online, virtual world game, “Second Life”, but for commerce).

In 2013 Scott Camball was excited to finally get his hands on the first consumer VR headset since the 1990s, the Oculus Development Kit 1. He tried all kinds of apps and games and got into VR web development with Javascript and HTML5 where he developed new ways to interact with internet browsers in VR.

Nearly 20 years after Scott’s virtual reality journey began, he was excited to finally get his hands on the first consumer focused VR project since the 1990s – the Oculus Development Kit 1. With this he was able to explore and experiment with different applications and games, as well as with VR web development. Specifically, Scott was able to create new ways to interact with internet browsers in VR, using JavaScript and HTML5.

In 2014, Scott became one of the co-founders of Vrsmash – a virtual reality tube site providing the VR community with VR adult entertainment. Utilizing his extensive knowledge of web development, online streaming and VR, as well as WebXR technology, Scott has helped create a truly unique VR streaming experience with VRsmash. Unlike some of its competitors, VRsmash provides a VR-based video browser that does not require downloading or removing your headset to change videos. The VRsmash VR environment has been built with HTML5 and JavaScript, and supports 180 and 360 degree videos.

Scott is excited for what the future holds with virtual reality and augmented reality, and is currently covering new AR technology on ARPorn.com.